Adib (Alexander Siddig) had fled Syria 20 years previous, falsely accused as an Israeli spy. He moved to Canada, married, and had two daughters. Now a businessman, his past catches up to him when his daughter Muna goes missing in Syria. With the help of a past love Fatima (Marisa Tomei) and a Canadian emissary Paul (Joshua Jackson), Adib struggles to find out what happened.

It turns out Muna had contacted a reporter Ali to find out who her father was years before, given he never talked about his past. In their talks, Ali had mentioned that the Minister of Interior had improper relationships with boys. Given her photography and family name, the authorities thought she was a spy. Only through claiming to have nonexistent photos of the Minister kept her alive.

Men working for the Minister catch up to Adib but he claims that he sent them to Sayid (Oded Fehr), an old friend and high ranking official. Sayid learns the reasoning behind Muna’s arrest and Adib claims that he told the minister’s men that Sayid was the true Israeli spy, not him. Having no choice, Sayid kills the Minister’s men, and tells Adib to take his daughter home and never return.

The film ends with Muna being released to the Canadian embassy. Her father tearfully embraces her. 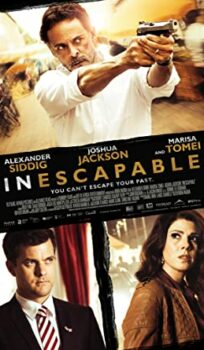