A psychic and her sidekick return to her childhood house to help the man who now lives there, deal with paranormal activity. She realizes that she brought an evil spirit into the house when she was a child and that spirit is still there, possessing the men who live there, including her abusive father, and forcing them to kidnap, imprison, and kill innocent girls in order to feed off the negative energy. Reunited with family members, some that were long lost and others that she did not know she had, she goes into the Further, an outworldly dimension, to defeat the spirit.

In the Further, she sees a little boy who turns out to be a member of the family that she helps in the first two films in the series. 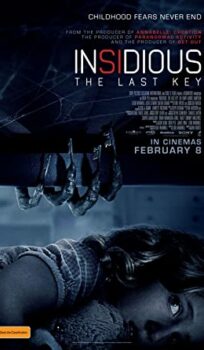