The scarecrows are posessed by the soul of Alex, one of two sons of the farmer that previously lived there. His brother Corey who was not loved as much by his father and envious of Alex, murdered him and set him up as a scarecrow. That however set off a curse in which Alex prowls the cornfields looking for victims to kill. He kills Johnny and Natalie then uses their bodies as other scarecrows to kill more victims.

Chris runs off with the truck and nearly gets killed but Brian saves him and he runs back to the house. Brian sees the transformed Natalie and cannot pull the trigger on his girlfriend and is killed by her. Chris and Scott realize they have to burn the field down to prevent anyone else dying. They split up when they realize the scarecrows can only attack one person at a time (as Alex’s soul jumps from body to body).

Chris is impaled and knocked out by Brian’s possessed body. Scott is about to light the field on fire when he knocked out and roped to an already hanging Chris. Scott grabs the pitchfork and stabs the scarecrow while Chris sacrifices himself holding on to let Scott escape. Chris is killed right after. Scott almost gets out to the road, still halfway in the field, barely able to breathe. A couple has found the group’s SUV and are looking for survivors. They see Scott and run towards him, not seeing that the Scarecrow is nearby, ready to take more victims, and Scott out of breath, is unable to warn them. 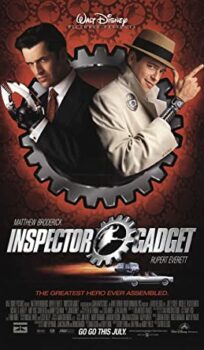