Nelson Mandela (Morgan Freeman) is released from prison after 27 years, and 5 years later is elected President of South Africa.

His first intention is the unite the country. He believes if the South African Rugby team (Springboks) wins the world cup, it will make the country united.

Francois Pienaar (Matt Damon) is the captain of the team. Springboks is a losing team but after Mandela motivates and inspires Pienaar and the team to do better, they end up winning the World Cup and all of South Africa becomes excited and united. 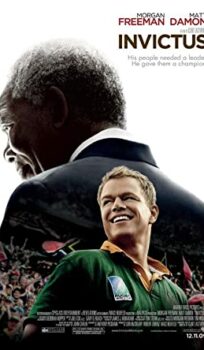