POOPER:
Spots lives but retires. Kobayashi is caught and sent to jail. Atari takes over his position and passes laws protecting dogs.

LONGER VERSION:
Atari finds Spots who has become the alpha of a pack of dogs who’ve escaped a destroyed medical testing facility on the island. Spots decides he’s not able to complete his bodyguard duties due to pack needs and his mate being about to have puppies. Instead Chief, revealed to be his brother and the runt of their litter, takes over his bodyguard job and Atari and the dogs build a boat to sail to the mainland. They arrive on the night his uncle Kobayashi is re-elected on the promise of euthanizing all dogs on the trash island. Atari, who was reported to be killed, arrives and reads a haiku about dogs causing Kobayahi to confess the conspiracy and repeal the deportation act.

The mayor and the robot dogs fight Koybayashi and the real dogs until Spots jumps in and defeats them with Spots and Atari being gravely injured in the fight.  The mayor manages to push the button to euthanize the dogs, but the pro-dog hacker changes system to poison the dog catchers instead.  Atari under goes surgery to remove the bit of plane debris from his head but his last remaining kidney was damaged in the fight. Kobayashi donates his kidney to Atari who recovers and due to a specific town law inherits Kobayashi’s elected position when his uncle and the co-conspirators goes to jail.  Atari and Tracy are seen enacting strict any dog abuse laws with Chief and Nutmeg as their body guards.  Chief, his mate and puppies are seen to be recovered after the fight, with Atari adopting and hand raising the runt of the litter. 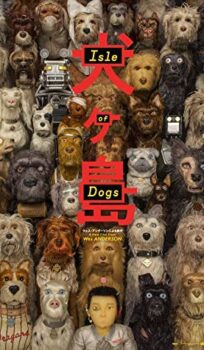