SHORT VERSION:
After learning that Amanda (Mary-Kate Olsen) and Alyssa (Ashley Olsen) are identical strangers from Alyssa’s butler Vincenzo (Philip Bosco), whom Amanda had revealed the secret to first, Diane (Kirstie Alley) gets Alyssa from the unscrupulous Butkis family and takes her to the church where Roger (Steve Guttenberg) is marrying Clarice (Jane Sibbett), and they get there just as the “I do” part is happening. After seeing Diane, Roger tells Clarice he can’t marry her because he is in love with Diane. She slaps him and storms out, and Alyssa humiliates her on the way out by ripping her dress off. Roger finally sees both Alyssa and Amanda, and outside, he and Diane realize that Alyssa and Amanda were their matchmakers. They kiss, and then they and the girls go out for a horse buggy ride around Central Park while the girls tell them all about how they set them up.

LONG VERSION:
A couple of hours before Roger’s wedding to Clarice, Amanda goes to Vincenzo and shows him several scars she obtained in her life that proves that she isn’t Alyssa, and she also tells him about her and Alyssa’s plan to get Roger and Diane together and get rid of Clarice. She directs him to the children’s center in town, since she believed Alyssa and Diane were there, but he finds only Diane there. He shows her photos of the two girls, and after getting over her shock over how they were identical, she informs him that the Butkises have adopted Alyssa, thinking that she was Amanda. Vincenzo tells her to go get her and bring her to her father’s wedding, and leaves her a number to call with instructions to ask for Lou just in case if she gets into any trouble.

Diane goes to the Butkis house, but finds no one home. A neighbor tells her that the whole family is working at the salvage yard, and Harry Butkis (Ernie Grunwald) had adopted so many kids specifically for the purpose of working there. She calls the number, which proves to be the number for Roger’s helicopter pilot Lou. Lou takes her in the helicopter to the salvage yard and she gets Alyssa. After telling Harry that she’ll be turning him over to Social Services, Diane and Alyssa take off to stop the wedding.

After landing in Central Park, Diane and Alyssa steal a horse buggy and ride it to the church, making it just as Roger and Clarice get to the “I do” part. Roger had just finished thinking about all of the good times he had with Diane, and when he sees her, he tells Clarice that he can’t marry her because he is in love with Diane. Clarice slaps him, and she tries to do the same to both – respectively – Amanda and Alyssa, but Vincenzo and Diane stop her. Clarice screams that she has never been so humiliated in her life, but Amanda makes it worse for her by stepping on her wedding gown as she is leaving, causing it to rip apart and reveal her undergarments. Clarice runs away screaming. Roger finally sees Alyssa and Amanda, and he is properly introduced to the latter.

Roger and Diane talk outside, and they realize that Alyssa and Amanda are their matchmakers. They kiss, and then the horse buggy driver shows up to get his buggy back. Roger buys it off of him, and with Vincenzo as the driver, Roger, Diane and the girls head for a ride around Central Park, with the girls telling them all about how they set them up. 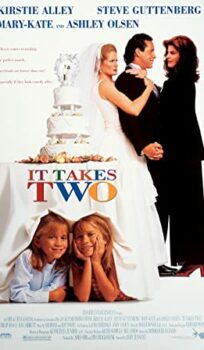