*Not to be confused with the family film released two years later under the same name.

Despite almost being killed by Jack Frost, Sam (Chris Allport) disposes of him by melting him in a pool of anti-freeze in the bed of Paul’s (F. William Parker) truck.

The liquid is placed in several empty anti-freeze containers and buried deep underground in the cemetery. However, the camera shows one of the containers bubbling, indicating that Jack is still alive. 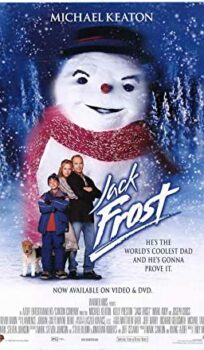