Set several years after the Vietnam War, the movie stars Robert DeNiro as Joseph “Megs” Megessey, a  truck driver (nicknamed “Jacknife” by his army buddies) who takes it upon himself to help his friend and fellow vet Dave (Ed Harris).  Both Megs and Dave suffer from post-traumatic stress disorder due to their time in Vietnam and the death of their best friend there.  But while Megs is attending meetings and attempting to re-enter society, Dave has shut himself in and drinks all day while living with his schoolteacher sister Martha (Kathy Baker).

While Megs is attempting to get Dave to enjoy life again and face the demons that constantly plague him, he also begins to become romantically involved with Martha.  Dave is against this, because he remembers the way Megs was before he got treatment and he is afraid that he will eventually revert back to his old ways and hurt Martha.  Martha keeps dating Megs anyway, and she invites him to accompany her to the high school prom she must chaperon.

On the night of the prom, while Megs and Martha are enjoying themselves, Dave unexpectedly shows up.  Dave goes to the school’s trophy case, and sees all the old trophies and accolades that he helped earn as a high school football star.  This reminds Dave of his life before the war and how far he’s fallen, and proceeds to destroy the trophy case and everything inside it.  Dave then breaks down in front of Megs and Martha and admits that he needs help.  The movie concludes with Dave attending the meetings that Megs attended to cope with his PTSD and alcoholism, and Megs and Martha continuing their relationship. 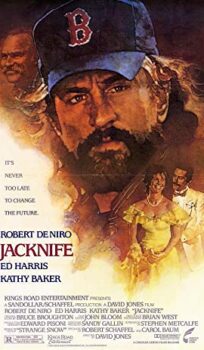