Kyle had been secretly photographing and videotaping various powerful people with prostitutes at his home in Pacifica to use for blackmailing purposes. Governor Edwards was one such person, for he had a photographed sexual tryst with Patrice at the house. Bob, Bill & Pat, loyal to Edwards, got rid of Patrice to prevent her from exposing him, Guy because he could identify him going into the house, and (seemingly) Kyle for trying to blackmail him. They were also the ones who tried to kill David (David Caruso) twice to stop him from discovering their actions.

The trio of killers then break into Katrina and Matt’s (Chazz Palminteri) home to search for more compromising photos of Governor Edwards, since it turns out that Katrina had sex with him in the house as well. As they are searching, Katrina comes home. They try to kill her, but David and Matt arrive, and Matt shoots and kills Bob and Pat. Bill escapes, and in the end gets off scot-free because neither David, Matt, or Katrina saw his face.

David visits Governor Edwards the next day and warns him that if he ever harms Katrina for knowing what she knows, he’ll put the negatives of his tryst with Patrice out in the media and ruin his image. That night, Katrina surprisingly discovers photos Matt put out of her and all the guys she had ever been with at the Pacifica house, and he reveals to her that he was Kyle’s true killer. Kyle showed him these photos, intending to blackmail them both, so he killed Kyle and took them all to protect their images. He then says that the next time they made love, she must introduce him to Jade. 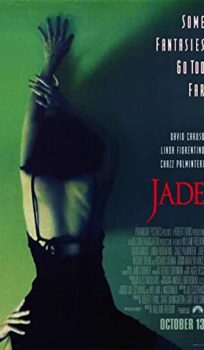