As the siege on the house begins, Bill Hammond (Noah Emmerich) is shot again and dies of his wounds soon after. Jane Hammond (Natalie Portman) and Dan Frost (Joel Edgerton) kill off most of the gang of John Bishop (Ewan McGregor) and finally corner him at gunpoint. Jane learns that her daughter Mary (who was Dan’s daughter), who she had been led to believe had been murdered by John’s unstable brother Vic, is actually alive and at the brothel John had forced her to work at. Jane shoots John four times then finishes him off with a bullet to the head.

Jane and Dan travel to the brothel where they find Mary being used as a laborer, and the mother and daughter embrace. Jane collects all the bounties on John and his gang, but refuses to collect on Bill, as in his heart he was a good man who helped her at her lowest point. Newly rich, Jane, Dan, Mary, and Jane’s other daughter Kate head out of town to start a new life. 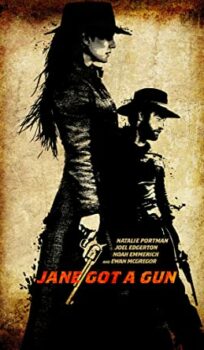