After a lengthy investigation, and a long talk with an anonymous government insider (Donald Sutherland), Jim Garrison prosecutes New Orleans businessman Clay Shaw (Tommy Lee Jones) for orchestrating the assassination of President Kennedy. Garrison tries to convince a jury that Shaw arranged the assassination on behalf of big business and the CIA, so that they could push the U.S. into war in Vietnam.

The jury returns a “Not guilty” verdict on all counts after a very short period of deliberation. A few jurors indicate that they MIGHT have believed there was a conspiracy to kill the President, but all agreed that Garrison didn’t present nearly enough evidence to convict Shaw.

In the postscript, Oliver Stone notes that, long after his death, it was revealed that Clay Shaw HAD, in fact, worked for the CIA. 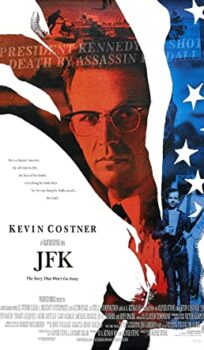