John Wick (Keanu Reeves) is in NYC just after the last film with an hour before being excommunicado. During that time, he gets himself patched up and searches for his marker, crucifix, and coins in the NY Library.

The crucifix is for his mentor, the Director (Angelica Huston), which is a way out of the country to Morocco where he gives the marker to Sophia (Halle Berry) manager of the Continental Casablanca. Sophia arranges a meet with the Minter of coins and marker (Jerome Flynn), who instructs how to meet the Elder of the High Table (Saïd Taghmaoui) who offers him a way out. Kill Winston and his life will be spared, but he will forever serve the High Table. Wick agrees and pledges allegiance by cutting off his wedding ring finger.

Those who helped Wick in the previous film are punished by the High Table represented by the Adjudicator, who also recruits Zero (Mark Dacascos) to kill Wick and do her dirty deeds. Winston is told to leave the Continental, the Bowery King is cut seven times with a samurai sword, and the Director is stabbed through both her hands.

Wick returns to NY and is hunted by Zero and his students. They all end up in the Continental. Due to the fact, Winston won’t leave his post, and Wick won’t kill Winston, the Adjudicator declares the hotel deconsecrated, so anything goes.

Wick and Charon (Lance Reddick) kill the High Tables’ kill squad. Wick also kills Zero, and the Adjudicator decides to cut a deal. She grants Winston his hotel back, and in return, Winston shoots a stunned Wick who also falls onto the street below.

John’s body isn’t found by the Adjudicator, but it was taken by the Bowery King who asks John to join him in a war against the High Table. John agrees, pissed at both the High Table and Winston. 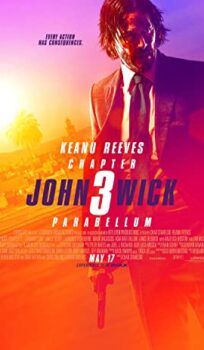