Johnny Sedley (Mickey Rourke) is a gangster with facial deformities that have haunted him since birth.

In a heist at an antique store, Johnny’s best friend Mickey is killed by two accomplices, Rafe (Lance Henrickson) and Sunny (Ellen Barkin). Rafe and Sunny get away with the murder and robbery, leaving Johnny to take the rap.

In jail, Johnny is attacked and almost killed by two thugs from inside on Rafe’s order. Johnny is believed to be dead and given another identity with the help of a doctor (Forest Whitaker) and Lt. Drones (Morgan Freeman).

Johnny takes on a new face and is put on parole at a steel factory where he meets a woman, Donna. Donna tries to help Johnny with his demons but Johnny pushes her away and they break up.

Hell bent on revenge, Johnny moves back into the underworld of New Orleans to get back at Rafe and Sunny. He completes a job at the steel mill that he works at with them and steals $5 million. On his way to getting it cleaned, he is picked up by Drones and he tells Drones that he isn’t going back to prison. Drones tells him to do what he wants but to know that if he survives, he will be going back to prison.

Donna is captured by Rafe and Sunny and they find out who he really is. Rafe beats Johnny within inches of his life and then tells him to open the locked briefcase. In the briefcase was a gun that Johnny put there earlier. Johnny shoots Rafe to death and exchanges fire with Sunny, he is hit but he kills Sunny in the process. Donna leans over Johnny as he takes his last breaths, asking if his face looks okay. Drones shows up and tells Donna that this is something that no straight laced person would ever understand, no one would ever understand how to appreciate freedom until it is taken away from them. Johnny then dies in Donna’s arms. 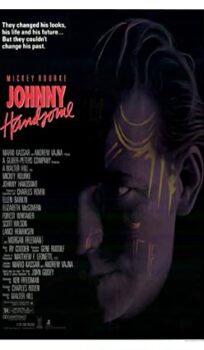