In the early 1980’s, Gotham City is overrun with crime and destitution while the rich live comfortably over everyone else. Arthur Fleck (Joaquin Phoenix) is a struggling comedian with mental health issues that lives with his mother Penny ( Frances Conroy). After losing his job and being mocked on live TV by talk show host Murray Franklin (Robert De Niro), plus his medication being cut off, Arthur begins a slow descent into madness.

Arthur’s first criminal act is to kill three young Wall Street men on the subway who were harrassing him. This is seen as an attack on Gotham’s elite, which several citizens support. Arthur is then led to believe that he is the illegitimate son of Thomas Wayne (Brett Cullen), as per a letter Penny wrote to him. Thomas denies this, and after Arthur visits Arkham Asylum to learn the truth, he finds that Penny was just delusional and that he was adopted and abused by her. He goes to the hospital where she is and smothers her to death.

Arthur is invited onto Murray’s show. Prior to this, he kills a former coworker who gave him the gun that he used to kill the men on the subway. Arthur is chased by two detectives investigating the murders, but they are attacked by protesters dressed as clowns. On Murray’s show, Arthur admits to the murders before venting his anger out on Murray and killing him in front of his audience. Arthur is arrested, but he is broken out by his followers, who have begun terrorizing the city. One of them ends up killing Thomas and Martha Wayne in front of young Bruce. Arthur becomes a hero to the deranged citizens.

Arthur is imprisoned in Arkham, but he has now fully transformed into…THE JOKER. 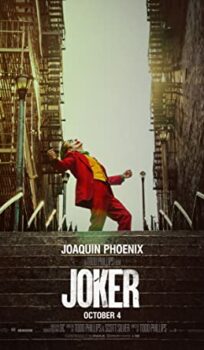