The senator (Hal Holbrook) is secretly pulling all the strings. He found out that multimillionaire Ben Dyson (Greg Wise) was having an affair with his wife, and sends Junior Armstrong (Simon Baker) and his gang (his girlfriend, a tough guy and a geek) to kidnap Dyson on the day the lovers were planning to meet. The senator’s wife (Beverly Penberthy) appears on the scene while the kidnapping is going on and is shot by junior’s girlfriend Coco (Carla Gugino).

Tough guy Ruben (Til Schweiger) catches the suitcase with the ransom money when it is thrown from a train, and flees with Junior, only to be shot by him when they make a stop. Junior then calls the senator (Hal Holbrook). The senator sends his assistant Rickles (Bobby Hosea), who kills geek Lizard Browning (Gil Bellows) and tortures Dyson while Coco is able to escape. She gets a gun, comes back and shoots Rickles and lets Dyson call 911. Three months later, Coco finds her boyfriend on the beach of Margarita Island, and shoots him too. 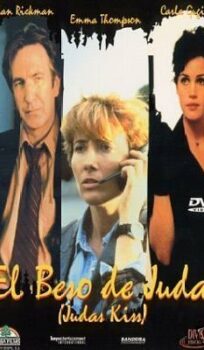