David Rice (Hayden Christensen) and Roland (Samuel L Jackson) are both underwater, but instead of letting Roland die, Rice transports him to what looks like the Grand Canyon.

At the very end Rice goes to a house in the snow and sees his mom (Diane Lane) is living there with a new family. She is wearing a gray suit, which means she is one of the hunters like Roland. She tells him she will give him a head start to run away. She also says she left him at the age of 5 because he teleported for the first time and she either had to kill him or leave, to keep him safe. She left. 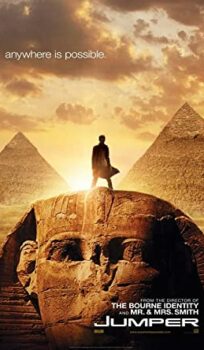