At the club, Danny (Jonathan Silverman) corners Terianne (Jessica Lundy) in the men’s room, where he learns why they really broke up: She found a used condom in his toilet and assumed he was cheating on her. Danny awkwardly reveals that he didn’t cheat on her – he just masturbated into the condom (which was a favorite pastime of his). They soon reconcile and have sex right in the men’s room.

A drunk Alison (Kimberly Williams) reveals to Alan (Robert Mailhouse) her feelings for him, and they even kiss, but Alan makes it clear to her that he loves Laura (Alison Eastwood), and she understands. She later fulfills her desire of stripping in front of a crowd by stripping in front of the club’s patrons, and ends up leaving with Vince the pizza guy (Nuno Bettencourt) shortly after he arrives there.

Alan finally talks to Laura in the parking lot, and though they eventually admit that they love each other, she informs him that she needs some time to think to see if their marriage is worth continuing. She then leaves with Danny & Terianne. Brent (William Ragsdale) leaves with Laura’s mother Elaine (Lauren Hutton), whom he has a crush on, but apparently nothing serious is going to result from it. Club waitress Marilyn (Rachel Hunter) comes up to Alan and invites him out for coffee, but he politely refuses, saying that he was a married man. She then leaves with the club’s cook, Chuey (Tito Larriva).

Back at home, Laura puts a cut-out head of Alan back on their wedding photo, implying that she will stay with him. 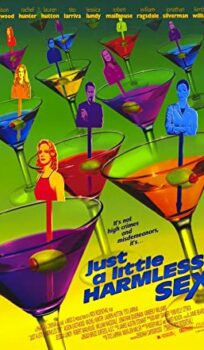