Danny (Adam Sandler) finds on the eve of his wedding that his fiancee doesn’t love him at all. Devastated he goes to a bar where a gorgeous woman, seeing his ring, assumes he is “safe” to be around without him hitting on her. He sells her a story about his wife cheating on him and ends up taking her home. For the next twenty years this becomes his standard ploy to win women, and it works extremely well.

Eventually he meets a girl he wants to marry, Palmer. He hides the ring but she finds it and storms off, thinking he is married. Desperate, he says he is married to his assistant “Devlin”, actually Katherine (Jennifer Aniston), but they are separated and divorcing, but remaining good friend for the sake of their children. Katherine, her kids, and his friend Eddie all agree to play along with the deception but force Danny to pay for an expensive vacation in Hawaii for the whole group. The trip is complicated when an old school rival of Katherine’s shows up (Nicole Kidman), prompting Katherine to tell lies of her own.

After various comedic misunderstandings Katherine and Danny realize they love one another, everyone finally tells the truth to everyone else, and the happy couple get married and live happily ever after. 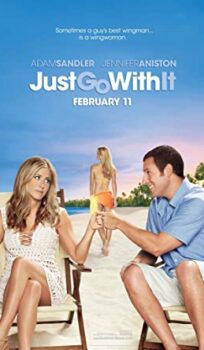