Billy Casper (David Bradley) is fifteen years old and leads a grim life; he is about to leave school with no prospects other than working down the local mines. He is frequently bullied by his schoolmates, teachers and brother Jud (Freddie Fletcher). His father abandoned the family some time ago and even his mother, who does love and care for her son, doesn’t hold out any hope for him.

One day Billy takes a kestral, which he names Kes, from a nest and begins raising it. Stealing a book on falconry after being denied a library card, he takes a serious interest in the subject and starts training Kes. While distracted during an English class, the teacher Mr Farthing (Colin Welland), who is pretty much the only person sympathetic to Billy in the movie, asks him to give a talk on something that interests him. Billy gives an impromptu and detailed talk on his relationship with Kes, earning him rare praise from Mr Farthing who later comes to watch him training the bird. Billy’s outlook on life begins to improve and he starts to see some kind of hope in his future.

Sadly, his improved prospects don’t last long. One day Billy is asked by Jud to put a bet on for him, but when Billy is told it doesn’t stand much chance of paying out instead pockets the money for himself. Unfortunately the bet does win and Jud, denied a very large payout, tries to hunt Billy down to give him a beating. Billy realizes he’s made a mistake and successfully hides from Jud, but then finds Kes is missing. Going home, Jud casually admits that after he couldn’t find Billy he decided to take his revenge by killing the bird and regrets nothing. Billy is heartbroken and retrieves the bird’s broken body from the bin where Jud had dumped it. After confronting Jud and his mother with it, Billy buries Kes on the hill by the field where they’d trained together. 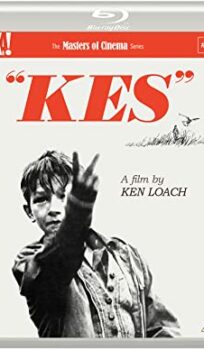