Jackie Cogan (Brad Pitt) kills Mark Trattman (Ray Liotta). Russell (Ben Mendelsohn) gets arrested for drug possession so he doesn’t wind up being killed. When Cogan sees his hit man friend Mickey (James Gandolfini) is unable to do his job, he sets him up to be arrested for a bail violation. Cogan confronts Frankie (Scoot McNairy) and makes him believe he will be spared if he helps Cogan kill Johnny Amato (Vincent Curatola). Cogan then kills Amato. Frankie believes he will be spared but Cogan kills him too when his guard is down. Cogan had only said Frankie would be pardoned by the mob in order to gain his trust.

Cogan meets up with Driver (Richard Jenkins) to be paid, only to find out he was going to be paid less than what Mickey was promised. Cogan tells him that is unacceptable and notes, “I live in America, and in America you’re on your own. America is not a country, it’s a business. Now fucking pay me.” Driver is implied to then pay Cogan the full amount. 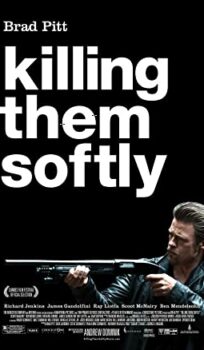