Charlie (Michael Douglas) claims he has found the treasure underneath the Costco, in an underground water way. But the police are now in the store searching for Charlie and Miranda (Evan Rachel Wood). Charlie ties up Miranda and tells her she should claim he forced her into everything. He also gives her a piece of white paper that he says is extremely important and she shouldn’t lose. Despite Miranda’s pleadings, Charlie runs off. He eludes the police and jumps back into the water.

In a voice over, we learn from Miranda that her father’s body was never found and that she wishes she had gone after him. We see clips both of her going to the Cosco with the paper in her hand, matching it to a dishwasher and then buying the dishwasher; and Charlie swimming under water, looking at carved drawings and finally getting a very excited look on his face. He peels off the air tank in order to swim through a narrow hole. Along the road she stops and goes to the back to open the dishwasher. We don’t see what’s inside, but she looks pleasantly “awed” and her face is covered in a golden glow. The suggestion is that Charlie must have put some of the treasure into the dishwasher for her.

On the beach, Chinese illegal immigrants are getting dressed. They clearly have just swum into shore; they are pulling their clothes out of garbage bags. This is like the story Charlie told Miranda at the beginning of the movie, when she thought was Charlie just being crazy. A Chinese man asks Miranda if they are in California. She says yes and then drives off; the Chinese men come up to the road and start walking into town. 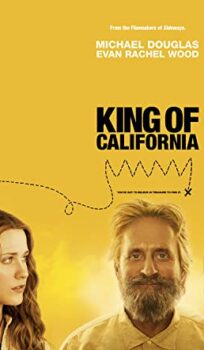