After his mother, Mona (Julie Carmen) is murdered by Antonio aka Lil’ Mafia (Justin Pierce), Seymour (John Leguizamo) steals a gun from his friend Francis (Michael Rappaport) obstinately to be a real man, a “King of the Jungle” as Francis had to told him to act, and track down his mother’s killer. Instead, he comes across his father and confronts him for being in denial about his handicaps, and threatening to kill himself. His father finally realizes that Seymour is not “normal” and never will be and tells his son he loves him and convinces to put the gun down.

Meanwhile, Joanne (Rosie Perez) who is out trying to find Seymour, is instead found by Lil’ Mafia who grabs her and tries to hurt her, knowing Seymour can identify him as Mona’s killer. However, Francis and Detective Costello (Marisa Tomei) are nearby and Costello kills Lil’ Mafia, unknowingly bringing Mona’s killer to justice.

The film ends with Joanne seeing Seymour off to the park (her now being his caregiver). Seymour watches the men play basketball and tells them he has next on the following game, showing he is being more proactive in his life. 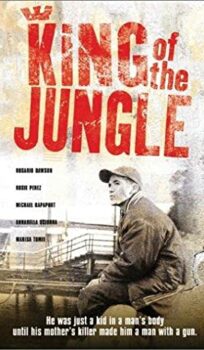