Sinatra blows the whistle on Curtis in front of the girl and her mother – Curtis admits that he never intended to marry her and exposes his callousness and racism.  Wood runs off and tries to kill herself but is saved.

Sinatra and Curtis go in a mission together.  Sinatra tells Curtis he’s going to kill him at some point during the mission – but won’t shoot him in the back.

The Germans find them – there is a chase and the Germans shoot Curtis in the back. He dies is Sinatra’s arms.

A few months later, Sinatra (having lost an arm) and Wood reunite warmly but ambivalently. 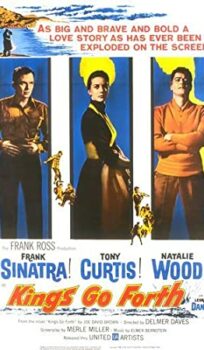