SHORT VERSION:
Roy has been telling the truth the entire time and he and June escape to South America where he’ll be reunited with his parents who thought he died 20 years ago.

LONG VERSION:
Roy Miller (Tom Cruise) uses an unsuspecting June Havens (Cameron Diaz) to get a top secret device through airport security. Over the course of the next few days, they become the target of a worldwide manhunt.

Roy explains to June that the device is a C battery-sized perpetual energy source. He is a secret agent assigned to protect it but discovered that his partner, Agent Fitzgerald (Peter Sarsgaard) had planned on killing its inventor, Simon Feck (Paul Dano) and selling the device to terrorists. Roy has hidden Feck and taken the device to protect it and that is why everyone is after him.

June is finally apprehended and all evidence shows that Roy had been lying to her. She sets up Roy but he escapes with the device.

June tracks down Roy’s safe-house and discovers that it’s his parent’s house and that he is actually Roy Knight, supposedly killed in Kuwait during the Gulf War.

June realizes that Roy has been telling the truth the whole time and she sets herself up to be kidnapped by the terrorists so Roy will come rescue her.

It culminates with Roy handing over the battery to Fitzgerald and then Roy is shot while protecting Feck. Fitzgerald flies away in a helicopter with the battery but throughout the entire movie, the battery continued to get hotter and hotter. There was a mistake in its creation and it is not stable. It explodes just as Fitzgerald is making his escape.

We next see Roy in the hospital and his boss apologizes and tells him she trusted the wrong agent. She tells Roy that he’ll be transferred to a safe and secure location (which is a running gag that actually means he’s going to be killed).

A nurse gives Roy some medicine and we see that it’s actually June who has drugged him (like he did to her throughout the film) and she takes him away to South America. Roy’s parents are sent tickets to South America and have no idea that they will be reunited with Roy. 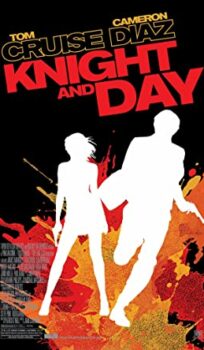