Packard (Samuel L. Jackson) dies trying to kill Kong. Cole dies trying to buy the others time as they run away from the big, adult sized Skull Crawler.

Kong and the Crawler have a big all out fight, and with the help of the humans, Kong is able to defeat the Crawler. He also saves Mason (Brie Larson) after she is knocked, unconscious, into the water.

The survives (which include Mills who wanted to go home to see his mother) get picked up by the evacuation team. Conrad (Tom Hiddleston) and Mason agree not to tell the rest of the world about Kong and the island.

During the credits we see Marlow (John C. Reilly) return home to his wife and finally meet his son.

After the credits, Conrad and Mason are in a Monarch interrogation room. Two Monarch employees come in and show them proof that there are other monsters, including Godzilla. 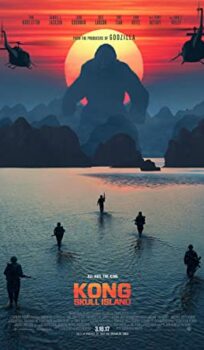