Kubo’s mother used her magic to transfer her spirit into a monkey charm so that she can guide her son to find his father’s armor. They meet Beetle, who happens to be the reincarnated spirit of Hanzo, Kubo’s father.

After Kubo finds the armor, his mother’s sister kills both Monkey and Beetle, but Kubo vanquishes his aunt as well. He is left to face his grandfather, The Moon King, when the villain turns into a monster. Kubo’s magic brings the spirits of the villagers’ loved ones to life to defeat The Moon King, leaving him with no memory. Kubo gives his grandfather a second chance to live as a peaceful man.

Kubo briefly sees the spirits of both his parents one last time at the end. 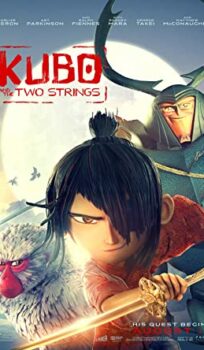