The central character’s (Davos Hanich’s) vivid memory from childhood was of his own death. The scientists from his future were willing to grant him refuge in his past, but his “keepers” fom the concentration camp were not so generous. One of them (Jacques Ledoux) followed him to the pier at Orly and assassinated him, in view of his childhood self.

This movie “inspired” the script for 12 Monkeys. 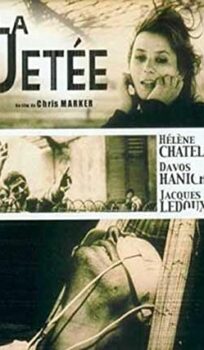