She helps her first boyfriend stay in the closet after realizing how afraid he is that his parents won’t forgive him for being gay.

On prom night, she bails on her new, popular friends to make up with the best friend she alienated.

She gets into a fight with her mother (Laurie Metcalf) when she gets into a New York college she applied to behind her mom’s back and they aren’t speaking when she leaves for school, but her father mails her drafts of letters her mother had written and thrown out to tell Lady Bird how proud she is of her.

Lady Bird has too much to drink at a party and ends up hospitalized. When she wakes up, she calls her parents to leave an apologetic voicemail, tells them she loves them, and that she has decided to go back to her birth name, Christine, instead of the name she gave herself, Lady Bird. 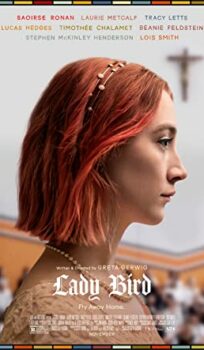