One day, Bess (Ilene Graff) spots Matthew (Jonathan Brandis) in his “Martha” getup, and realizes that he had been dressing as a girl to play soccer on Chester’s (Rodney Dangerfield) team. Angry with Chester, she boots him out of their house, and she pulls Matthew off of the team. On the day of the championship game, Mr. Mullen (Tom Parks) pulls his daughter Kimberly (Vinessa Shaw) out of the game, since he felt her poor skills would make the Ladybugs lose. When Chester informs him that “Martha” can’t play, either, Mullen tells him to find “Martha” and get her to play or he could kiss his promotion goodbye. Matthew soon shows up with his Martha outfit, but Chester decides to not have him play as Martha. When he informs Matthew that his boss pulled Kimberly out of the game, Matthew goes to her house, where he reveals his true identity and talks to her.

By the end of the first half, the opposing Flames lead the Ladybugs 3-0, but Matthew returns with Kimberly, who is dressed to play. Chester brings the team together and has Matthew reveal himself as “Martha” to everyone, then tells them that they don’t need a boy to help them win because they are strong women, and this fires the team up for the second half. When Mullen sees Kimberly, he orders Chester to bench her, but Chester refuses, telling Mullen that he calls the shots out here on the field, and that Mullen’s desire to be the best had brought out the worst in him.

The Ladybugs tie it up 3-3, and with six seconds left in the game, Kimberly gets a penalty kick. She scores the goal and wins the championship for the Ladybugs. After the game, Bess reconciles with Chester and they later get married, Matthew arranges a date with Kimberly and kisses her, and Chester gets his promotion. 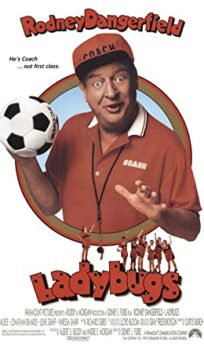