Sixteen year old Alice Palmer drowns while swimming with her family at a dam in Ararat, Australia. After she dies strange things start to happen around her house. It’s discovered that her teen brother Matthew was actually setting up the “sightings” of his dead sister to give the family reason to exume his sisters body and give his mother closure.

One of the hoax video tapes of Alice showed that the neighbor was in Alices bedroom looking for something, her mother found a sex tape of the neighbor, his wife and Alice hidden in the fireplace in Alice’s room.

A pychic the family had contacted finally admitted that Alice had met with him several month before her death and had told him she was having dreams about drowning, being dead and her mother not being able to see or help her. Alice’s boyfriend finally comes forward with cell phone video footage showing Alice on a school trip to Lake Mungo, she is shown very upset and burying something beneath a tree.

Alice’s family travels to Lake Mungo, and finds what Alice had hidden, her cell phone and a bracelet. The video footage on the cell phone shows that Alice had seen her own ghost walking toward her. The ghost was bloated (drowned) just as she had been in the beginning of the movie.

Alice’s family then goes home and moves out of their house feeling that Alice had simply wanted them to know who she really was and what she had seen. 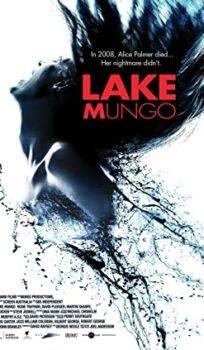