Rick Hayes (Rob Marrow), in his attempts to get anyone to give Cindy Liggett (Sharon Stone) a stay of execution loses his job after confronting the governor at a party. Cindy for her part while touched Rick cares about her, begins to make peace with her upcoming execution, including reconciling with her brother Billy (Skeet Ulrich) who had turned her in.

With just days left, Rick finds a sympathetic judge willing to read his argument. The night of the execution approaches and as Cindy is strapped down, a guard notices the phone is ringing; a stay of execution has been ordered to Cindy and Rick’s immense relief.

However, just hours later, the unthinkable occurs. A group of judges overrule the stay, forcing the execution to go on as planned. Rick is furious, but Cindy, though terrified tells him tearfully that he needs to let her go. Cindy asks him to keep his eyes on her as she dies, and Rick keeps his promise, watching her be executed. 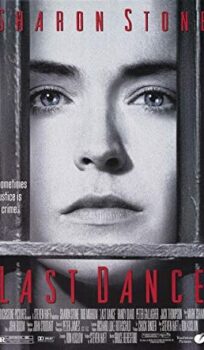