After recovering their daughter after she was left for dead after being beaten and raped, parents Emma and John Collingwood (Monica Potter and Tony Goldwyn) are understandably shocked. Realizing the people they let into their home were the ones that did it, they decide to get justice, vigilante style.

Francis (Aaron Paul) is the first to die via a hammer in the head. Sadie (Riki Landhome) goes next after a long, protracted fight with a bullet in the eye. Krug (Garret Dillahunt) almost gets the upper hand on John in a fight when his son Justin (Spencer Trent Clark) who was part of the group but took no part and was unable to stop what happened, holds a gun to his father’s head but it jams. Justin is stabbed by his father but it gives Emma and John the distraction to beat Krug unconscious. Emma, John, Justin, and their daugther take the boat for hospital care.

It turns out Krug lived as we see John cutting into his body. When Krug comes to it turns out John cut his spinal cord using his medical knowledge and Krug is paraylzed. John puts Krug’s head in the broken microwave and turns it on. Krugs screams as his head is cooked until it explodes 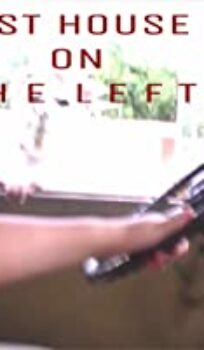