Billy (Michael Douglas) is getting married for the wrong reasons.

Turns out Paddy’s wife wanted to be with Billy but he convinced her to stay with Paddy instead.  This three way love triangle comes into play again when they both go after the Vegas singer, Diana (Mary Steenburgen).  This time Paddy lets Billy have her as he had such a great life with his deceased wife.

Needless to say, Billy breaks up with his fiancé.  Archie stands up to his son who turns up at the bachelor party.  Sam loves his wife and doesn’t use the condom or pill but does go back to Vegas with his wife.

The movie ends with the announcement that Billy and Diana are going to get married. 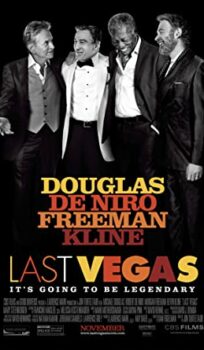