Upon discovering the existence of an old warehouse located right next to the prison where Clyde (Gerard Butler) is in -and owned by Clyde-, as well as a large stash of explosive material, several devices, uniforms of all sorts and a tunnel which leads to Clyde’s cell, Nick (Jamie Foxx) comes to realize that Clyde had been able to take his attacks into effect because he was able to freely move in and out of prison.  Furthermore, he discovers that the next target is the City Hall, where the Mayor (Viola Davis) is holding an Emergency meeting with staff from main Security agencies.

Meanwhile, Clyde, dressed as a janitor, works his way into the City Hall and gets to the floor right below where the chamber is, plants a suitcase with a Napalm bomb in it and taps the security system with a video visual from the chamber.  Nick arrives later with a bomb squad to discover the bomb is to be activated with a call from a cell phone rigged into it.  Dunnigan (Colm Meaney) suggests to have the building evacuated, but Nick refuses, supposing Clyde might have the bomb detonated if he sees this happening.

Cut back to Clyde, who returns to his cell, only to find Nick there.  Since Nick can’t talk him out of blowing up the bomb, he warns him “this will be a decision you will have to leave with for the rest of your life… WHICH IS ABOUT 25 MORE SECONDS!!”, locks the cell from the outside -while Dunnigan locks from the secret passage side- and they both run away.  When Clyde dials the phone and hears a ringtone below him, he realizes Nick had had the upper hand and planted the suitcase under his bed!!  He holds and stares at his daughter’s bracelet one last time, as the Napalm is set off and the bomb explodes, killing him, just as Nick and Dunnigan make it out safely.

Before the movie ends, we see Nick and his wife Kelly (Regina Hall) joyfully attending their young daughter Denise (Emerald-Angel Young) at her cello concert. 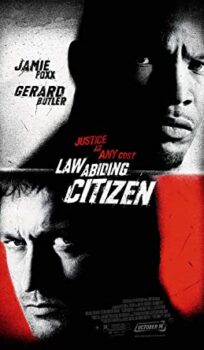