Joe Clark (Morgan Freeman) gets incarcerated for violating the fire code, due to chaining all of the doors of the school closed during school hours to keep troublemakers out. While he sits in a jail cell, in danger of being removed as principal by Mayor Bottman (Alan North) and school board head Leonna Barrett (Lynne Thigpen), all of the students of Eastside High show up at the Central Office of the Paterson Board of Education demanding that he be freed from jail and retained as principal.

Mayor Bottman, wanting to quell a potential riot, decides to let Joe out in order to tell the students to go home. Joe tries, but is unsuccessful. Then, Miss Levias (Beverly Todd) shows up with the results of the minimum basic skills test, and after he reads it, Joe lets it be known to the students that they have succeeding in passing the test, ensuring the school’s safety from being taken over by the state and ensuring that he would remain principal. As the students cheer jubilantly, he tells Mayor Bottman that he can tell the state to go to Hell.

A smiling Joe then enters the crowd of students while they sing the school song. 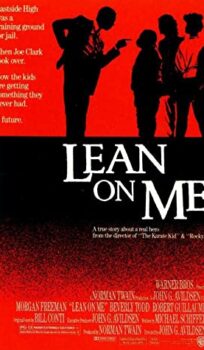