The film is a “found footage” horror movie based on Mark Klein (writer/director/actor Josh Criss), who is moving from the city of DC out into a remote home in the woods to escape the rat race and find peace and quiet. Mark is a member of a support group for mental illness, and films a video diary for his friends in the group.

Soon after arriving he finds a cat’s skull nailed to a tree on his property with a letter B carved above it. He is obviously a little disturbed by this, but leaves it there. A few nights later he hears a strange noise in the night, possibly an animal cry. He begins to leave a recorder on his window ledge each night, checking through the recordings on his computer the following day. He starts to discover strange noises near his house at about 3:10am each night, and becomes determined to find out what the cause is.

He hears chopping noises, as if somebody is hitting trees with an axe, then flute music. He puts a game camera out to try and catch what he assumes are drunks or hunters trespassing on his property, but it vanishes. He learns that one of the previous owners committed suicide, and a girl at the house vanished into the woods afterwards, presumed to have died. Increasingly desperate, Mark buys a gun for himself and begins to combine alcohol with his medications. He is visited by a woman from his support group, Claire (Karin Crighton) who he obviously has a crush on but who is clearly not interested. Claire leaves the following morning, disturbed after hearing the same strange noises in the night. Now becoming very angry and frustrated, Mark records an ugly message berating Claire and the group when he sees from pictures posted of a hiking trip they took, in which Claire appears to have become involved with a man.

He also buys a second trail camera, this one secured to a tree with a steel cable to prevent theft. His old camera turns up in his house shortly afterwards; both have pictures of strange shapes in the night, the cat skull on the tree, a dead cat in the daylight with a cryptic note beside it.. and most disturbingly, pictures taken inside his own house, including one right outside his bedroom. Mark reaches out to the police and a supernatural forum, but is given little in the way of help by either source.

The noises continue, and Mark finally snaps. He sits in his bedroom on camera at 2:30 in the morning, listening to the music yet again, before storming out to confront whatever is out there. We hear him screaming in terror, and multiple gunshots. The sounds cease abruptly, and moments later the camera in his house lifts up into the air, the time and date flickering oddly. The screen cuts to black and the credits roll. 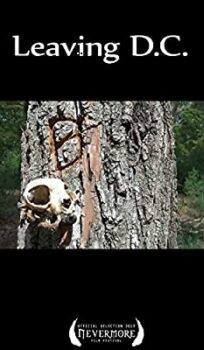