One night, Sera (Elisabeth Shue) returns home from work to find Ben (Nicolas Cage) in her bed with a prostitute that he earlier picked up at a casino, and the prostitute leaves after she notices Sera looking at them. Feeling betrayed, Sera soon orders Ben to get out of her home, after which she cries. Sera hits the streets again and gets propositioned by three college students, but she refuses to show them a good time, saying that she only “dates” one guy at a time. However, after they offer to pay her more than what she usually gets, she concedes. When they get her up to their room, one of them asks her if he can perform anal sex on her, but she shoots that down and insists that they all must do regular vaginal intercourse one at a time. She soon tries to leave when the tensions begin to escalate, but she is overcome by the trio and winds up getting beaten and gang-raped.

Sera returns to her apartment the next morning, but she later gets paid a visit by her landlady, who – after having seen her bruises when she walked onto the grounds and having already been made uneasy about the kind of people she and Ben were ever since Ben first started living with her – informs her that she is evicting her and she must be gone by the end of the week. Sera later tries to find Ben at the motel he originally stayed in before he came to live with her, but she finds out that he has already checked out. A day or two later, she receives a random call from him, and after getting the address of the new motel he is staying at, she goes over to see him, where she finds him teetering on the edge of death from his non-stop drinking binge. He tells her that he wanted to see her because she is his angel, and he apologizes for what he did to her. Shortly afterward, they make love, and during it, they genuinely say “I love you” to each other. She falls asleep next to him, and as she sleeps, he takes his final breaths.

Sera tells her therapist that she and Ben both realized that they did not have that much time, and they had both accepted each other for who they were, and she says she really did love him. 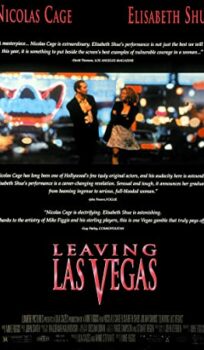