Her lemon trees stand between their houses and the secret services, fearing a terrorist attack, ask for their removal.

Salma, whose father grew these beautiful trees goes to court with the help of Ziad (Ali Suliman), a Russian lawyer, and loses at first. She refuses the decision and immediately goes to the Supreme Court while her relationship with Ziad, though platonic, deepens.

The minister’s wife, Mira (Rona Lipaz-Michael), feels sorry for this stupid, yet inhuman, situation and talk to the press, thus getting the world’s attention.
The judge finally asks for only half of the trees to be cropped under a man’s height and all the minister gets is the Wall in his garden instead of the former view he had of the trees.

His wife, tired of how inhuman he is (and also of the fling she suspects he’s having with his aide), leaves him. 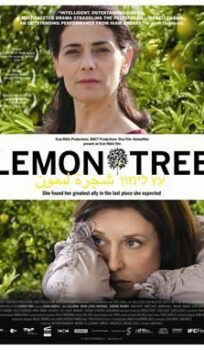