Long version:
Before the DEA raid on Leon, he tells Tony that if anything ever happened to him, to give all of the money he has saved up to Matilda.

The DEA end up raiding Leon’s apartment. Leon manages to kill several of the police officers, but they eventually swarm the building. Using a fire axe, Leon chops a hole into the air vents big enough for Matilda to escape, which she crawls out of, holding Leon’s pet plant. Matilda escapes onto the street, and since she is just a 12 year old, they let her straight past all of the officers, having no idea she is involved.

The DEA give up on sending in units only to have them shot, and so they launch a rocket into Leon’s room. They assume, of course, that this kills him, and head in the room to clear it. As they begin to clear the room, they pull the injured officers out… including Leon, who has dressed himself in a DEA uniform, using it to pose as an injured officer.

Just steps away from freedom, Leon is shot in the back by Agent Stansfield. He is dying, but reveals that he had a back up plan – strapped to his chest are several explosive grenades, which he arms just before dying. They explode, killing both him and Agent Standfield.

Matilda meets with Tony, and he tells her that he will hold onto the money until she is older, but will give her small sums when she wants money for fun things.

Matilda, with nowhere to go and unaware that Agent Standfield is dead, returns to her private school and sums up to the school’s principal everything that happened. The principal agrees to help her anyway she can. The last scene is Matilda planting Leon’s pet plant in the field outside the school. 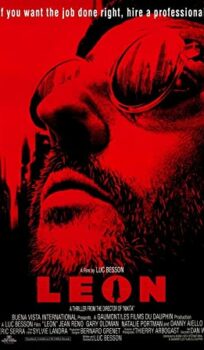