Fletcher (Jim Carrey) manages to win the case truthfully for Samantha (Jennifer Tilly) via a loophole in the law, but the repercussions of his victory (Samantha not allowing her children to say goodbye to their father) help him understand what he is likely to lose if Max (Justin Cooper) moves to Boston with Audrey (Maura Tierney) and Jerry (Cary Elwes). He refuses his boss Mr. Allen’s (Mitchell Ryan) handshake, and then shouts at Judge Stevens’ (Jason Bernard) to reverse the decision, which lands him in jail for contempt of court. He calls up Audrey asking for her to bail him out, but she refuses, telling him that she and Max were moving to Boston. Greta (Anne Haney) bails him out after hearing about his attack of conscience. He tells her that he’ll no doubt be fired for his actions, but he plans to open his own law firm, and she agrees to come work for him.

Fletcher goes to the airport, hijacks a set of air stairs, and goes down the tarmac after Max’s plane. He finds Max and screams that he won’t let him go. He makes the plane stop after getting the pilots’ attention, but then the stairs collide with a barricade and he is thrown into some luggage carts and injured. Later, while resting on a stretcher, he tells Max he loves him and how he meant a lot to him, and though Max’s wish ended a half-hour ago, he was being honest with him, and would remain an honest man. Jerry tells Max that he and Audrey don’t have to go to Boston with him, and Max hugs his father.

At Max’s next birthday, Fletcher is there, and Max makes his birthday wish in the dark. When he turns the lights on, he finds Fletcher and Audrey kissing. Fletcher asks Max if his wish was for him and Audrey to get back together, but he tells him it wasn’t. 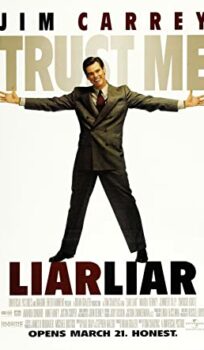