A classic screwball comedy with four of he biggest stars from the golden age of Hollywood- Spencer Tracy, Jean Harlow, William Powell and Myrna Loy.

Warren Haggerty (Spencer Tracy) is a newspaper  man obsessed with his work.  Gladys (Jean Harlow) is his long suffering girlfriend who is getting tired of having their wedding date pushed back over and over.  Haggerty’s paper prints a false headline claiming that wealthy socialite Connie Allenbury (Myrna Loy) is in an affair with a married man.  Connie sues for $5 million.  This will put the paper out of business.

Haggerty hatches a crazy plan to save his paper.  His friend, ladies man Bill (William Powell), will marry Gladys on paper, but will romance Connie.  Gladys will catch Connie with Bill, and when she is caught with a “married man” the newspaper is safe from lawsuit.  However, Bill has a plan of his own.  Bill romances his “wife” Gladys, to get Haggerty jealous so Haggerty will finally appreciate her and marry her.  Bill also falls in love with Connie for real, and no longer wants to betray her in the original scheme.

Bill and Connie run off and get married.  Gladys shows up at the honeymoon suite to confront them, since legally she is Bill’s wife.  Haggerty is right behind to catch it all for his paper.  However, Bill has confessed the whole story to Connie and Connie has agreed to drop the libel suit.  Bill and Connie are happy together, and Haggerty is happy with his paper safe, but Gladys is left out alone and angry.  To fix this, Bill starts a fight with Haggerty giving him a bloody nose.  Gladys runs to Haggerty, and they realize they really do love each other. 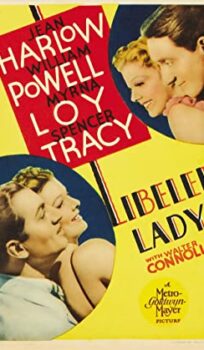