Buzz Lightyear (voiced by Chris Evans) is a cocky space ranger who believes he can accomplish all the toughest missions on his own. He ends up stranding his crew on a planet, forcing them to colonize it. Buzz makes it his mission to fix his mistake and get them off the planet by perfecting hyperspace travel. This ends up causing Buzz to jump across many years throughout the future, making him miss time with his closest friend and colleague, Alisha Hawthorne.

The newly appointed Commander Burnside chooses to cancel the mission to leave the planet so they can stay and set up a defense shield. Buzz steals a ship along with robot cat Sox after he helps Buzz perfect the formula for hyperspace travel. They end up 22 years further into the future and meet Alisha’s granddaughter Izzy, who is also a space ranger. The colony has since been invaded by a robot army led by a giant robot called Zurg. Buzz and Sox team up with Izzy and her teammates Mo and Darby to find new fuel source and fight against the robots.

After creating a new hyperspace crystal, Buzz is captured by Zurg, who is revealed to be an older Buzz from an alternate timeline that escaped from Burnside after he was labeled a fugitive. He is attempting to use the crystal to travel back in time and prevent his mistake, but Buzz realizes this means Alisha will never have had the life she had on the planet, and Izzy or the others will never have existed. Buzz works together with his friends to destroy Zurg’s ship and make off with the crystal. When Zurg goes after Buzz again, Buzz destroys the crystal, along with Zurg.

Buzz returns to Star Command with his teammates as heroes, and they become an official team to go out and defend the galaxy. 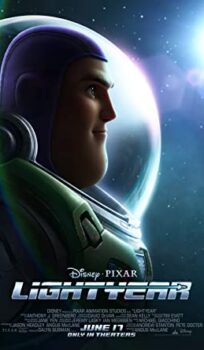