Eddie Morra (Bradley Cooper) is a failing writer and his girlfriend, Lindy (Abbie Cornish) is about to leave him.  Eddie runs into his ex-wife’s brother, Vernon (Johnny Whitworth) who gives him a pill with the street name of NZT.  It allows the user to unlock their brain to their full potential.  Vernon gets killed while Eddie is visiting to tryand get more of the drug.  While Eddie is waiting for the cops to show up he finds Vernon’s stash of pills and money.

Eddie has an idea to use the drug to get himself a nest egg.  He connects with a Russian mobster, Gennady (Andrew Howard) to get a large amount of cash he can invest in the stock market to make money.  Eddie starts to get a name for himself in the financial market business.  He also gets back together with Lindy.

Carl Van Loon (Robert De Niro), the head of the company Eddie is working out of, starts to use Eddie’s knowledge for his own upcoming business merger.  The merger falls through as the other company head was on NZT but ran out and slipped into a coma.  Eddie finds out from Vernon’s black book that other users have died or became hospitalized.  Eddie learns from his ex-wife Melissa (Anna Friel) that you can’t just stop otherwise you die.  Eddie learns through trial and error that you have to remember to eat and sleep otherwise you get blackouts and dizzy spells.

The beginning of the movie shows Eddie on the ledge of his fortress suite while Gennady, who is now on injected NZT, is breaking in.  This is also close to the end of the story.  Eddie decides to fight and gets the better of the Russians along with a small hit of NZT (by drinking Gennady’s blood) to keep him going.

The end starts 12 months later when Eddie is running for Mayor or Senator of New York.  Carl is now part of the pharmaceutical company that created NZT.  He is offering Eddie a deal to keep him supplied in exchange for favours down the road.  Eddie calls Carl’s bluff and states that he was able to tweak the drug and is no longer using but his brain is still high functioning.  Carl leaves with a warning that he has made an enemy.  Eddie goes to lunch and meets up with Lindy.

It’s assumed life continues with a high functioning Eddie who may run for President. 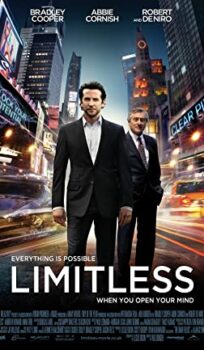