Later that night Jack attempts to make up to Greg only to think he is having an affair with Andi (Jessica Alba).

At the twins birthday party the next day Jack attacks Greg. Jack then has a heart attack and finally realizes his misdeeds of treating Greg so poorly.

The film ends with both sets of parents at Greg and Pam’s place for Christmas.

Its also revealed by Bernie and Roz (Dustin Hoffman and Barbra Streisand) that Jack is 1/23 jewish. 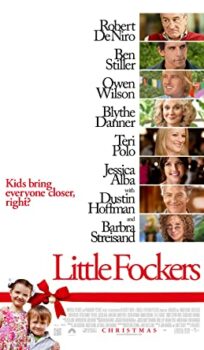