Nemo, Icarus, and the Boomp goblins make it to the Nightmare Castle and eventually come face-to-face with the Nightmare King, who has King Morpheus, Princess Camille, Professor Genius and Flip trapped inside crystals. After a short but hard battle, Nemo manages to fully recite the incantation needed to activate Morpheus’ scepter, causing a blast of light to shoot out of the scepter and into the Nightmare King, which kills him, frees Morpheus and the others, and turns Nightmareland into a beautiful realm. However, as he was earlier warned, Nemo completely loses all of his strength through using the scepter, so he dies as well.

Everyone finds Nemo’s lifeless body on the ground, and they begin to weep. However, Morpheus takes up his scepter, and with it, he brings Nemo back to life. Nemo apologizes for letting the Nightmare King loose, but Morpheus says that his courage destroyed the Nightmare King, and this truly made him a prince.

Nemo is sent home afterwards on Morpheus’ dirigible, with Camille accompanying him, and Slumberland’s residents bid him a fond farewell. As he arrives home, Camille thanks him for a wonderful time, and she offers him a loving kiss, which he slowly returns.

As this happens, he awakens in the morning in his bed to the sound of his mother’s voice, and he realizes his dream has ended. He apologizes to his mother for taking the pie the night before, and his parents tell him that they intend to take him to the circus today, much to his and Icarus’ excitement. This scene also implies that, because the Nightmare King is destroyed, Nemo won’t be plagued by nightmares anymore. 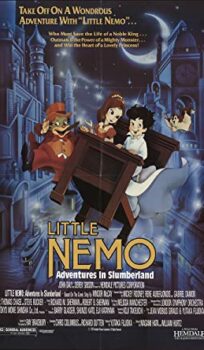