As a child, Jordan Sanders was bullied. As an adult, she has become the bully as she runs her own tech company and treats everyone around her like garbage. A child named Stevie wishes for Jordan to be a kid again to take her down a peg. The wish comes true, and Jordan becomes 13 again. She asks her assistant April Williams for help with the company while Jordan is forced to go back to the same school that made her miserable.

At school, Jordan is bullied again, but she befriends three other outcasts – Isaac, Raina, and Devon. Meanwhile, April has a hard time keeping everyone’s attention at work without Jordan there to instill fear into their hearts and souls. What’s more is that the company’s biggest client, Connor, wants to hear a great pitch or he will move to a different firm. Jordan and April have a fight, and April quits.

After Jordan realizes how terrible she has been, she helps the kids perform at a pep rally, earning them the respect of the other students. April finds Stevie to try and help turn Jordan back to normal, but things don’t work. Jordan, now having changed inside, vows to be a better friend to April and to support her pitch idea. This allows her to turn back into an adult and go back to work. After several rejections, April’s pitch scores a huge client, and Jordan becomes a better boss to everyone. 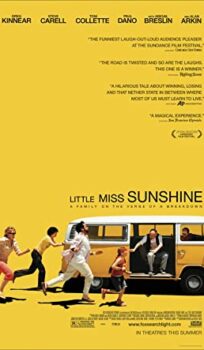