Logan and Jessica (Michael York, Jenny Agutter) escape from the City of Domes, where they discover that they are the first to have made it this far, and that there’s no “Sanctuary.” Outside, they meet an Old Man (Peter Ustinov) who teaches them the value of commitment and family. The three of them reurn to the City in an attempt to demonstrate the freedom of living outside, and the shallowness and tyranny of the “free love and death at age 30” approach. Logan is captured by his fellow Sandmen, and taken to the City’s central computer for a tribunal. There, Logan’s description of the situation causes the computer to self-destruct (in a scene eerily reminiscent of the ‘Star Trek’ episode The Changeling), taking the entire City of Domes along with it. The dumbfounded former residents of the City wander around outside of the destruction, until they see the Old Man and his cats, which somehow leads to a happy ending. 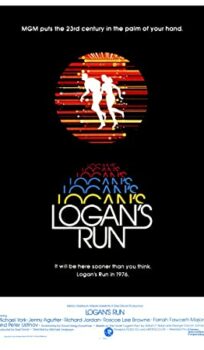