POOPER:
Marcus is the only one to come down from the mountain alive.  He is saved by friendly villagers, who hold off a Taliban attack until the Seals arrive to rescue him.

LONG VERSION:
In the summer of 2005, during the war in Afghanistan, the Navy Seals are tasked with finding and capturing Ahmad Shah, a senior Taliban leader who is responsible for the confirmed deaths of 20 Marines.  Operation Red Wings will have Seal Team 10 insert a four-man team into the mountains near Shah’s village on a reconnaissance mission, and to radio back for the rest of their unit to arrive upon confirmation of Shah’s identity.  The four men are team leader Michael “Murph” Murphy (Taylor Kitsch), snipers Marcus Luttrell (Mark Wahlberg) and Matthew “Axe” Axelson (Ben Foster), and communications specialist Danny Dietz (Emile Hirsch).

The team successfully ascends a mountain near the village and quickly identifies Shah, but communication problems prevent them from radioing back to their unit.  They also realize that the 10-12 men that were expected to be in the village is closer to 50.  The mission is then compromised when a trio of goat herders stumbles across them.  The team debates what to do with them, but Marcus convinces them not to kill the herders for fear that their deaths will incite backlash against the Americans.  So they choose to set them free and abort the mission.  One of the herders then races to the village and notifies the Taliban.  As the Seals are moving to their designated pick up location and continue to attempt to contact their home base, the Taliban quickly ascend the mountain and begins a firefight with the Seals.  The Seals kill several Taliban, but they are severely outnumbered and soon each member becomes seriously wounded and injured due to jumping off a cliff to escape the shooting.

They continue fighting and are forced to jump off another cliff, but Danny is too injured to jump so Marcus tries to carry him down.  Danny is then shot again, forcing Marcus to lose his grip and fall off the cliff without him.  The Taliban then reach Danny and kill him.  With Danny dead and their radio gone, Murph decides to climb to higher ground to call in reinforcements.  He is able to get a message back to their base with a satellite phone, but he is soon discovered and killed.  In response to the distress call, the quick reaction force, lead by Commander Erik Kristensen (Eric Bana), assembles and flies to the team’s pick up location on board a pair of Chinook helicopters.  However, they don’t have Apache gunships to escort them, so Kristensen orders the team to go without them.  They arrive at the drop zone, and as Axe and Marcus go to their location, the Taliban shoots an RPG at one of the Chinooks, blowing it up and killing everyone on board, including Kristensen.  The other Chinook pilot aborts the mission and returns to base.

On their own and running out of ammo, Axe and Marcus begin to look for a hiding place from the approaching Taliban, but Axe is killed trying to fight them off.  Marcus is able to hide in a rock crevice, where he remains all night.  The next morning, he is discovered by Mohammad Gulab, a nearby Pashtun villager, and he takes him back to his village to treat his injuries and feed him.  He, along with the entire village, is following the traditional Afghan code of honor known as Pashtunwali.  The Taliban know he was taken there, and they capture Marcus and try to behead him, but the Pashtun villagers chase them off.  Marcus then gives a map and a message to another villager and he has him take them to the base.  The next day, the Taliban return with reinforcements to kill Marcus and punish the village.  At the same time, the base receives Marcus’ message and quickly assemble a rescue team.  The Pashtun, along with Marcus, fight off the Taliban until the rescue party arrives, and they chase away the Taliban.  The team rescues Marcus, but refuse his request to take Gulab with him, and they return to the base.  Marcus goes into cardiac arrest, but he is revived and eventually makes a full recovery.

The movie ends with pictures of the real members of Seal Team 10 who were killed in Operation Red Wings, as well as Marcus, the lone survivor, and Mohammad Gulab, the man who saved his life. 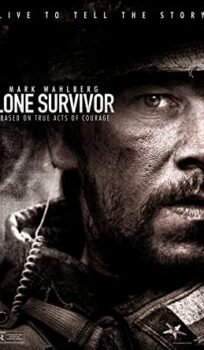