Based on a true story, Ray Fernandez (Jared Leto) was a smooth talking con man who fleeced war widows in the 1940s by writing to them in the Lonely Hearts columns of various newspapers.  Then he met Martha Beck (Salma Hayek), who was a sexually charged sociopath.  He initially tried to con her, but realized she was broke so he left her, but then she tracked him down and they became an item.

As a couple, they went from con artists to serial killers who were now bilking war widows and killing them afterwards.  Martha would pretend to be Ray’s tag along sister, who would be insanely jealous of the women he was seducing.  The movie implies her jealousy fueled the killings.  Most experts believe that they killed anywhere from 12 to 20 war widows as well as other men, women, and children.

The movie’s main focus is on two war widows and one victim’s daughter: Janet Long, Delphine Downing, and Rainelle Downing.  Janet and Ray were engaged, but while they were having sex, Martha clobbered Janet with a hammer in a fit of jealousy and Ray had to choke her to finish her off.  Delphine was also engaged to Ray with her daughter Rainelle living with them.  Everything was going well until Delphine got pregnant and Martha angrily fed her an overdose of sleeping pills and forced Ray to shoot her to prove his love.  Then she drowned Rainelle after she told Martha that she didn’t love her.  The movie also shows Ray killing a police officer for pulling him over and killing a produce vendor for not letting them have his dog.  Furthermore, the police find a pregnant suicide victim in her bathtub who killed herself after seeing Ray and Martha having sex (since she thought they were siblings, the sight was too much for her to take).

The movie also focuses on the two New York detectives who ultimately captured them:  Elmer Robinson (The film director’s actual grandfather, played by John Travolta) and Charles Hilderbrandt (James Gandolfini, who narrates the movie in a Raymond Chandler like fashion).  You first meet them investigating the bathtub suicide mentioned above.  Elmer’s wife had earlier committed suicide and he may have had an extramarital relationship with Rene Fodie at the time of her death and it continuing to see her (he is doing it secretly but everyone who knows him seems to know it’s going on, also he claims his relationship with her didn’t begin until after his wife’s death, but it isn’t clear if this is true or if he’s just saying it to make his son feel better).  His relationship with his son Eddie is understandably strained because of this, but ultimately the two are able to reconcile.  Anyway, the suicide victim opens a lot of old wounds for Elmer and he deals with it by focusing his energy on catching the killers.

Elmer and Charles spend most of the movie one step behind the killers but eventually track them down shortly after they kill Delphine and Rainelle.  Initially they killed people in New York, but they had moved to Michigan to be with Delphine and Rainelle at the time of their capture.  The significance of this is Michigan didn’t have the death penalty but New York did.  Therefore, Elmer convinced the Michigan authorities to allow Ray and Martha to get extradited to New York, despite the fact that it was out of his jurisdiction and it might have been illegal to do so.  During their interrogation, Elmer exploited the fact that Martha would want to brag about her actions and got her to explain why she did it (therefore getting a full confession).  This resulted in them both going to the electric chair on March 8, 1951.

Charles narrates in the epilogue that Elmer ended up losing his job because of his actions, but he didn’t seem to mind and he peacefully enjoyed the remainder of his life with his son and his girlfriend. 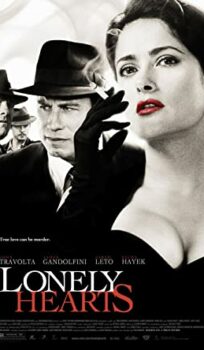