Yuri’s (Nicholas Cage’s) brother Vitaly (Jared Leto) is killed by Andre Battiste Sr. (Eamonn Walker) after he kills Andre Battiste Jr. (Sammi Rotibi). Yuri tries to have the bullets removed from his brother’s body so that he can be transported back to America. Unfortunately, one of the bullets does not get taken out, and Jack Valentine (Ethan Hawke) makes his arrest. Yuri’s wife Ava (Bridget Moynahan) leaves with their child after finding out about Yuri’s secret life of gunrunning. Yuri’s mother disowns him. As Jack is telling Yuri what will happen to him with all the evidence the government has against him, Yuri reveals that, in addition to supplying arms to enemies of the United States, he has also supplied arms to enemies of the enemies of the United States. He is released and claims that he will continue supplying arms to third-world countries, as gunrunners are the only businessmen who will be left standing at world’s end. 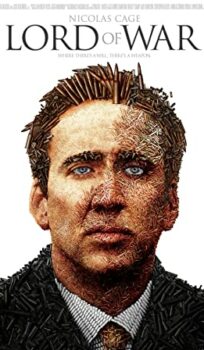